Based on Egyptian legend, in the beginning the Egyptians' land was comprised of many populated areas were governed by tribal “chieftains.” Early during the first Dynastic Period, Upper and Lower Egypt were united by King Menes around 3100 B.C.E. Menes wore a “Double Crown” to signify the White Crown of Upper Egypt and the Red Crown of Lower Egypt. The Nile brought Upper and Lower Egypt together physically and Menes brought them together politically.

The Old Kingdom lasted from 2686 to 2181 B.C.E, which included the third through sixth dynasties. The capital of the Old Kingdom was located in Memphis. With the Old Kingdom came prosperity and glory as shown through the massive creation of the greatest and largest pyramids in Egyptian history.

The first king of the Old Kingdom was Djoser (2691 and 2625 BC). He ruled for nearly 19 years and was the most famous king during his time period. His greatest success was the establishment of the building of the Step Pyramid at Saqqara and the temple complex surrounding it. It was the first monumental building made of stone. The Step Pyramid lead to so much of Djsoer’s fame during his rule and that is why his name is well known today.

Egypt was divided into a total of 42 provinces. There were twenty-two provinces in Upper Egypt and twenty in Lower Egypt. Each province was headed by a governor who tried to build up power within his own province.

The pharaohs of the 6th dynasty ended up losing control of the kingdom and after the 6th dynasty it became known as a “dark period.” Egypt became divided and both sides could not seem to come to an agreement. This period lasted about 100 years and covered the 7th, 8th, 9th and 10th dynasties.  It wasn’t until the 11th dynasty that Egypt was again united and the Middle Kingdom began.

Between the periods of stability (Old, Middle, New Kingdom), there were years known as the Intermediate Periods. During these periods there were weak political structures, rivalry for leadership, invasions, restructuring of society and a decline in building activity. There was much political conflict and chaos seemed to spread everywhere.

“This land is so damaged that there is no one who is concerned with it, no one who speaks, no one who weeps…The sun disk is covered over. It will not shine so that people may see…The rivers of Egypt are empty, so that the water is crossed on foot. Men seek for water for the ships to sail on it…This land is helter-skelter, and no one knows the result that will come about, which is hidden from speech, sight, or hearing.” 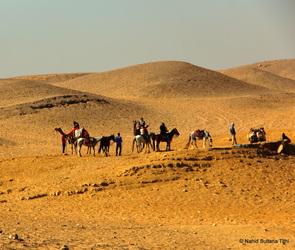 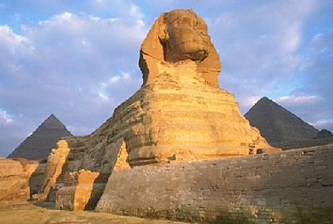 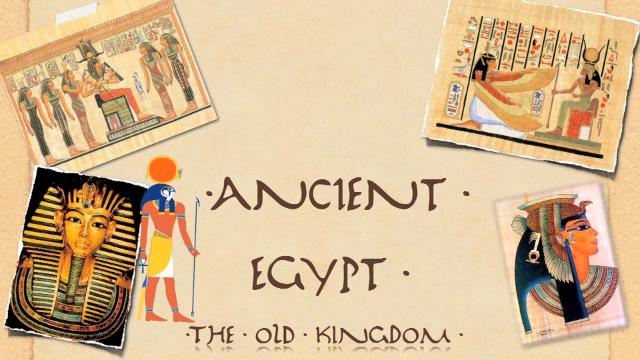