The Pyramids of Egypt

One of the most remarkable achievements of the Egyptian society was the building of pyramids. A pyramid is the last resting place for a pharaoh. It represents the pharaoh’s power, authority and central importance in Egyptian society as well as symbolizes royal power of Egyptian kings of the Old Kingdom.

The building of the pyramids was a huge construction project that required limestone blocks as well as granite from Upper Egypt. It has been reported it took nearly 100,000 Egyptians twenty years to build the Great Pyramid of Giza. The famous Great Pyramid, the largest ever constructed, was built around 2540 B.C.E and sprawls across 13 acres, standing over 480 feet high.

The fact that these massive monuments were built with such precision and that they remain standing today is a testament to the skill and power of the Egyptian Society.

More than 2,000 years ago, many travelers documented the incredible sights they saw on their journeys and formed a list known as the “7 wonders of the world.” These wonders were remarkable constructions that would be considered the most unique landmarks and marvels around the world. Six of the seven Ancient Wonders have been destroyed over the years by man or nature; however, the Egyptians' most prized artifact, the Great Pyramid of Giza, still stands to this very day. Because of the Egyptians' hard work, determination and construction skill, their Pyramid has stood for thousands of years, signifying the lasting strength of the Egyptian Society.


Below are Images of the Great Pyramids of Egypt 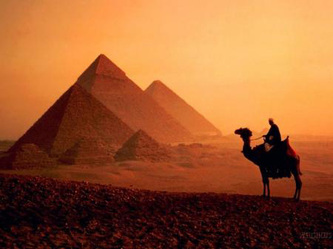 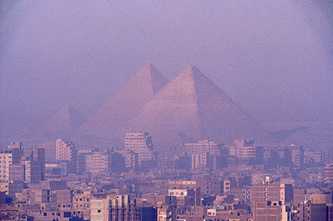 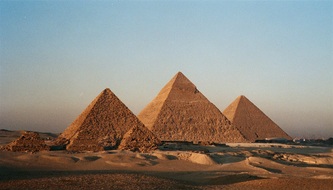 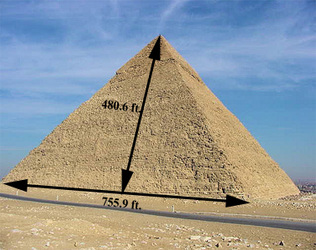