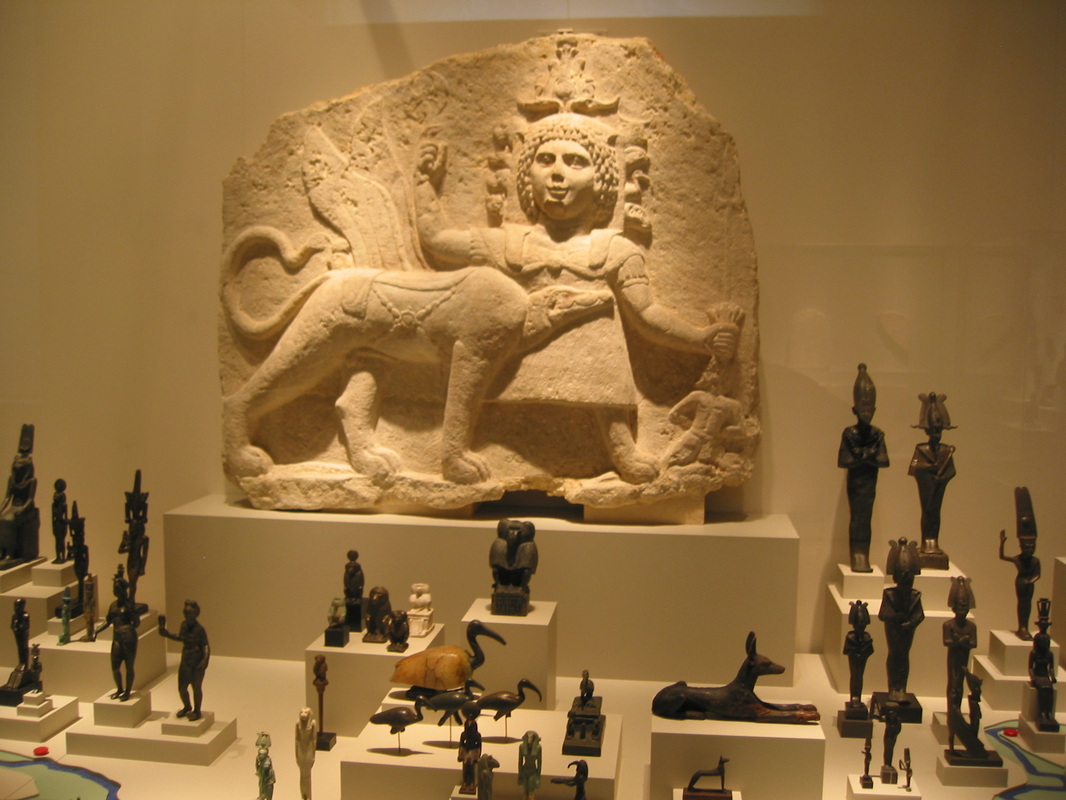 There were over 2,000 different names of Gods in Ancient Egypt. Some images of Ancient Egyptian gods and goddesses show them with a human body and the head of a bird or an animal.

Tefnut was the goddess of moisture, humidity and water. Tefnut was shown to the public as a woman with a lion’s head or as a full lioness. Rarely ever was she shown as a woman. Tefnut was shown with the solar disk and uraeus, linking her with the sun. Aside from being related to moisture she was also linked to the moon, the night sky, dew, rain and mist.

Geb was one of the most important Egyptian Gods as he was considered the God of Earth. Geb is typically represented in the form of a man who wears a white crown or a goose. A goose was Geb’s sacred animal and symbol. The earth formed his body and sometimes he was painted green with plants springing from his body. Earthquakes were said to be a result of Geb’s laugh.

Ra was the most worshipped king of the gods. Aside from Osiris he is the only god said not be on the earth. Ra was the principal Sun God for centuries. He is often seen wearing the sun disk on his head.

Mut is referred by many as the great “world mother,” and mother of the pharaohs. This was a result of her name meaning “mother.” She is one of the few goddesses who was self-created. Mut was often seen wearing the united crown of the North and the South while holding the symbol of life, ankh. 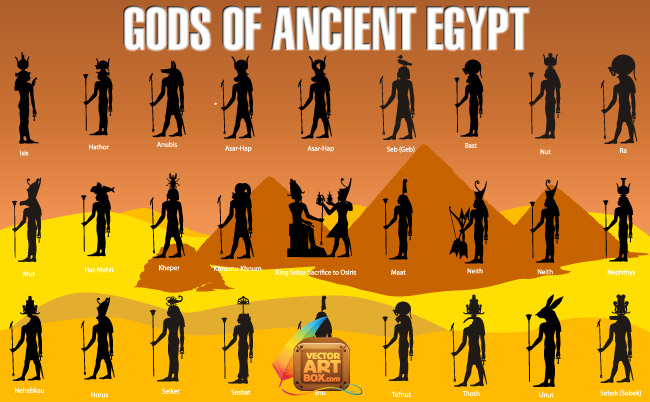 Some of the Egyptian Gods the People Believed In