After another brief Intermediate Period, Pharaoh Ahmose I founded the 18th Dynasty and established the New Kingdom (c.1550-1070). Ahmose immediately steered the Egyptians onto a new militant and imperialistic path. A more formal army was developed and military commanders were appointed. It wasn’t long before Egypt, during the period of the New Kingdom, became the most powerful state in the Near East. Over the years Egypt continued to expand its territory through military conquest.

During c.1412-1375 B.C.E., the Egyptian imperial state reached its height under rule of Amenhotep III. The empire's reconstructions were evident through magnificent new buildings and temples. It seemed that shortly after Amenhotep III’s rein came to end, so did the New Kingdom. There became a great religious upheaval in Egypt that began to cause the kingdom all sorts of problems.

After Amenhotep III died, his son Amenhotep IV took over and attempted to bring religious change to the Empire. This attempt failed drastically. Egyptians had no interest in ignoring their own traditional ways and beliefs and therefore conflict arose. More problems began to service within the empire and it was clear the end was in sight. Eventually the days of the Egyptian empire ended and the New Kingdom died with the twentieth dynasty in 1070 B.C.E. Attempts to regain the empire appeared here and there but never amounted to anything. For many years after, Egypt was dominated by Libyans, Nubians, Assyrians, Persians and Macedonians. 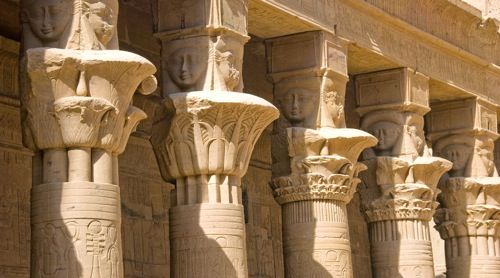 Some of the Beautiful Architecture of the New Kingdom 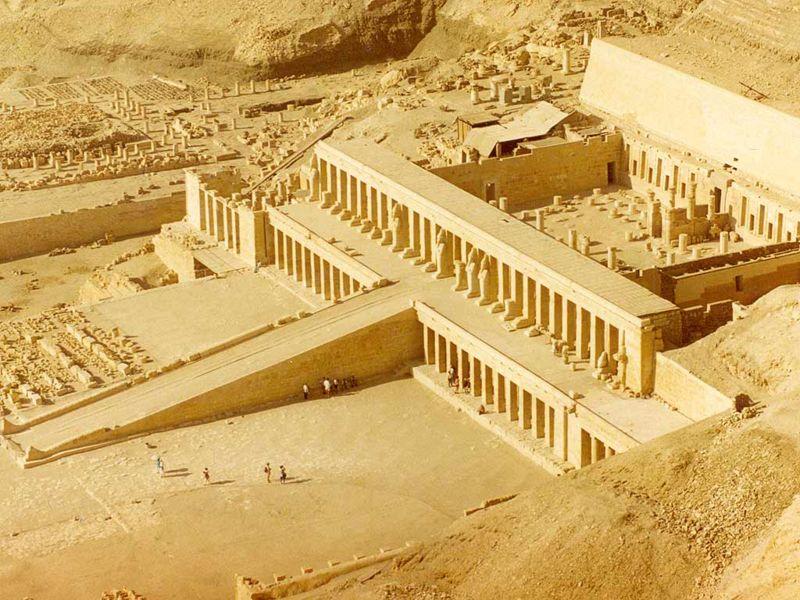 Part of the New Kingdom